It’s Friday. I don’t know how to pose.

I don’t really go anywhere on Friday nights.  Social anxiety (or something) means that clubbing isn’t really my thing, and while I would like to hit up some of the speakeasies that have popped up in hidden places around the Metro…I don’t exactly drink, so other than taking in the general ambiance I wouldn’t know what to do with myself.

The dress I’m wearing is the result of late-night, stress-induced DIYing (blame my insomnia).  I was actively looking for sweaters to wear with my new Gigi Amore bralette when I found it balled up in one of my storage boxes.  Before I attacked it with my sewing kit, the dress had sported a floating collar that was attached to its sweetheart neckline by a narrow strip of buttons and…nothing else.  I’d worn it once, decided it looked cheap (and the awkward collar thing somehow made me look fat), and shoved it into my  “to be sold at a theoretical garage sale” pile.

After giving it a second look, though, I decided that the dress was salvageable. Cute even. Except the collar really had to go. 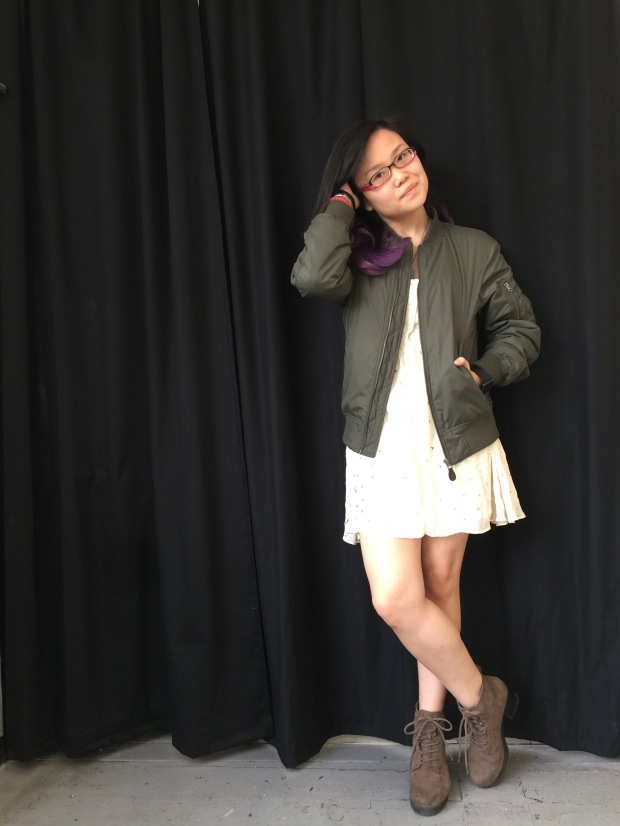 After getting some advice from my mum (who still supervises my DIYs, just in case I ruin something), off the collar went.  BAM.  As expected, I had a perfectly good button-down swing dress I could wear for “casual Friday” (or whatever passes for casual Friday at an agency where every day is casual).  Since it’s a bit more delicate and girlish than my usual #aesthetic, I gave the look some “weight” by pairing it with a bomber jacket and boots, which, along with the bralette, make the overall effect more Friday night-friendly.

After all, I may be an introvert, but apparently, if you’re brave enough to make a change, sometimes things–and people–can surprise you?

(A bargain-bin dress as a metaphor for life. Really, Frankie?  Really?) 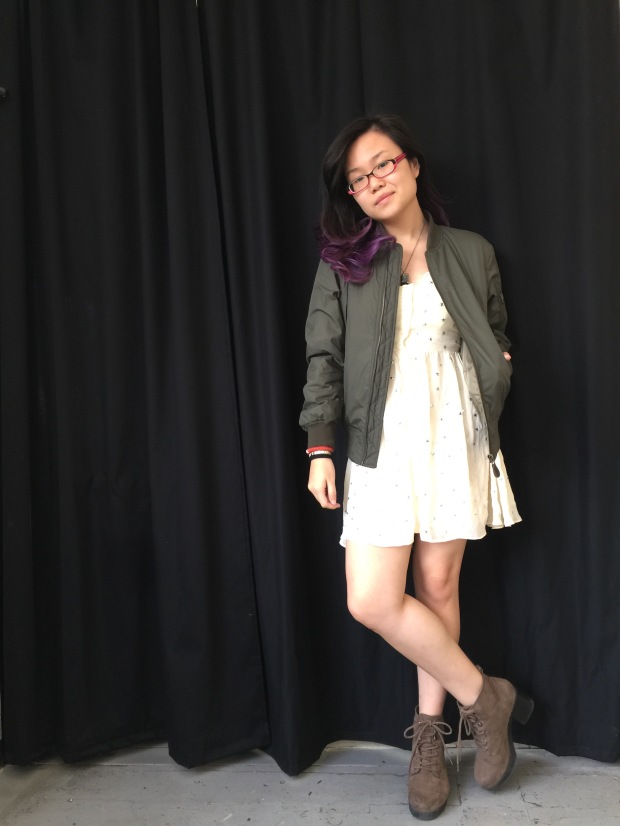 Dress: unknown (the tag was on the collar; I think it might be a factory overrun)
Bralette: Gigi Amore
Jacket: Uniqlo (men’s section; the women’s jackets are always cropped too short)
Boots: Forever 21

The old temple. . . #Jerusalem #Israel #Temple #HolyLand #pilgrimage
"It is of the Lord's mercies that we are not consumed, because his compassions fail not. They are new every morning: great is thy faithfulness." Lamentations 3:22-23 (KJV) . I think I could be better. I hope. . #Israel #HolyLand #Jersualem #travel #wander #journal #journey
"Because of Christ and our faith in him, we can now come boldly and confidently into God’s presence." Ephesians 3:12 (NLT) . Breathe on my weakness. All I have is Yours to use. Make my whole life your Upper Room. . #HillsongQuotes #Awake #HolyLand #Israel #TheUpperRoom #journal #devotion #ENFast2020 #travel #ipreview via @preview.app
I'll walk where You walked if You walk with me. . "When you go through deep waters, I will be with you. When you go through rivers of difficulty, you will not drown. When you walk through the fire of oppression, you will not be burned up; the flames will not consume you." Isaiah 43:2 (NLT) . #Jerusalem #TheHolyLand #Israel #travel #traveldiary #ENFast2020
Follow Actually, Frankie on WordPress.com
%d bloggers like this: